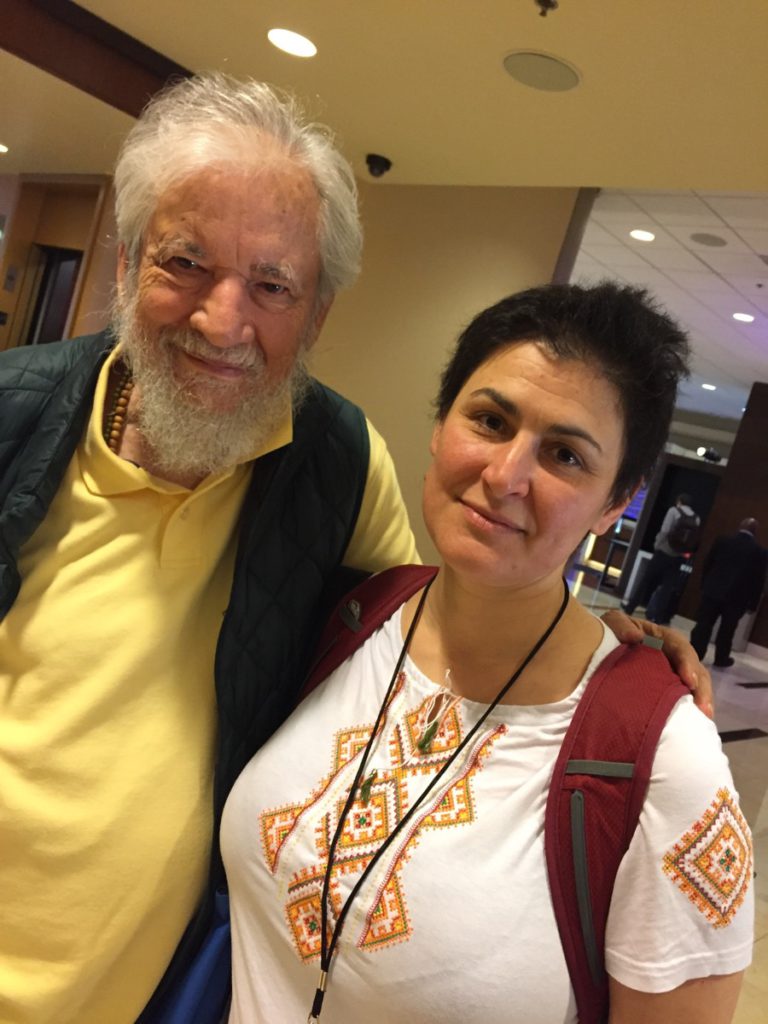 Claudio Benjamín Naranjo Cohen (24 November 1932 – 12 July 2019)  - a Chilean-born psychiatrist of Arabic/Moorish, Spanish and Jewish descent who is considered a pioneer in integrating psychotherapy and the spiritual traditions. He was a principal developer of Enneagram of Personality theories and a founder of the Seekers After Truth Institute. He is the author of various books.

He was a key figure at Esalen.  He became Carlos Castaneda's close friend and became part of Leo Zeff's pioneering psychedelic therapy group (1965–66). These meetings resulted in Naranjo’s contribution of the use of harmaline, MDMA, and ibogeain.

In 1987, he began the reborn SAT Institute in Spain for personal and professional development, with its program that includes Gestalt therapy and its supervision, applications of the Enneagram of Personality, interpersonal meditation, music as a therapeutic resource and as an extension of meditation, guided self-insight and communication processes. Since then, the SAT program has extended to Italy, Brazil, Mexico, and Argentina and more recently to France and Germany.

Since the late 1980s, Naranjo had divided each year between his activities abroad and his writing at home in Berkeley. Among his many publications, he revised an early book on Gestalt therapy and published two new ones. He published three books on the Enneagram of Personality, as well as The End of Patriarchy, which is his interpretation of social problems as the expression of a devaluation of the nurturance and human instinct and their solution in the harmonious development of our "three brained" potential. He also published a book on meditation, The Way of Silence and the Talking Cure, and Songs of Enlightenment on the interpretation of the great books of the West as expressions of "the inner journey" and variations on the "tale of the hero".

In his interviews with Tatyana Ginzburg in 2017, he surprisingly sincerely answered questions about his experiences, psychedelic experiences, meetings with amazing people who influenced his life (see video).

Experience with the Interpersonal Psychedelics

“Experience with the Interpersonal Psychedelics” Claudio Naranjo, M.D. Introduction   In response to Julie Holland’s invitation to contribute to this volume, I have proposed that she publish my talk...